Our program proudly continues a long-standing tradition of providing serious and highly motivated students with a unique set of intellectual and educational opportunities.

How To Helpful Resources

Contract pages on the Honors website have been updated to help both students and professors with understanding how contracts work. There are videos to explain the process of using an Honors contract, and there is a list of previously completed contract ideas.

Visit the links below to view the information:

How a Contract Works

Honors Students Give to Campus Cupboard 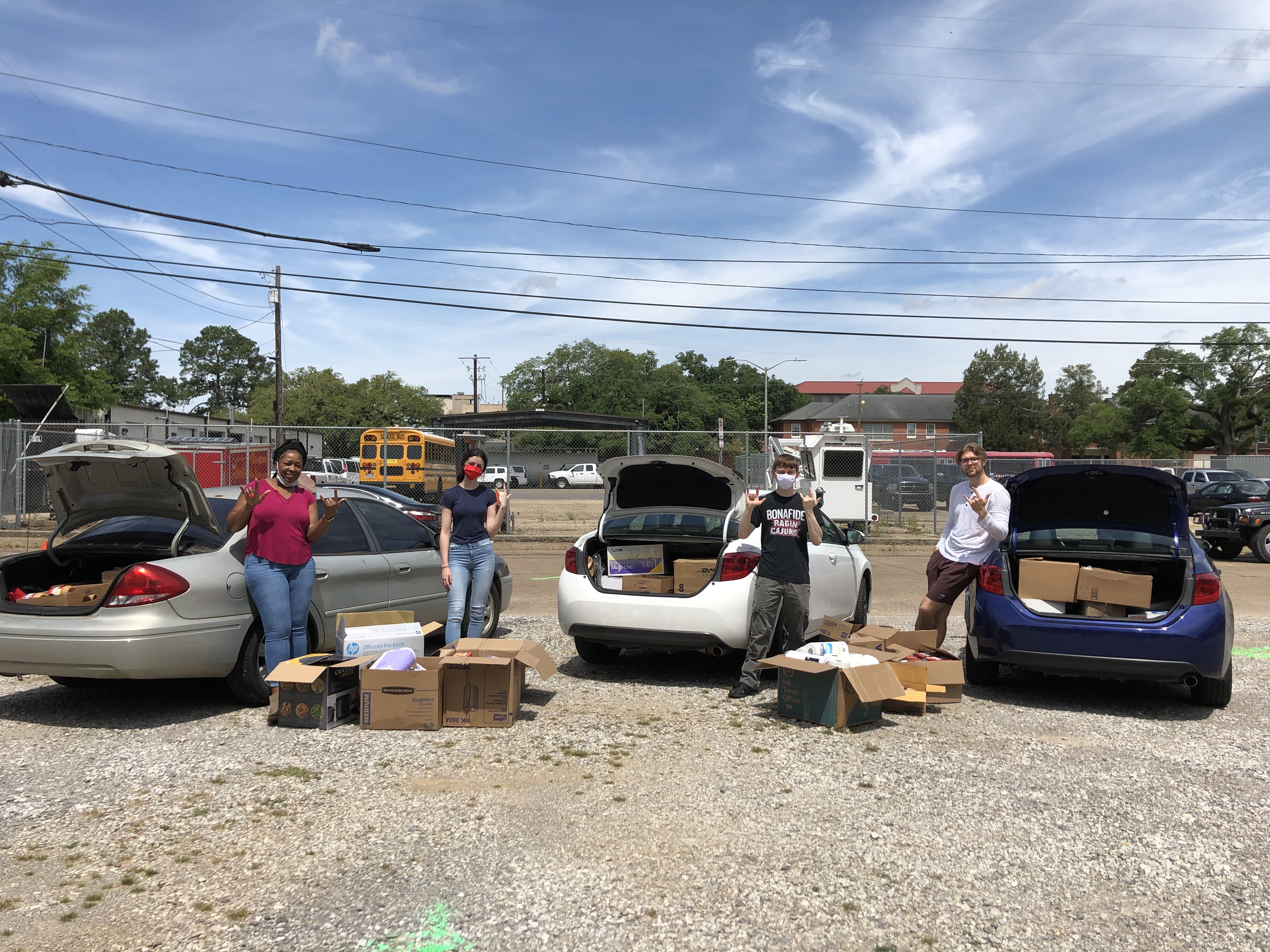 The University Honors Program and the Honors Board met this semester and planned for a service event to provide Honors students to give back. From that meeting it was decided that the community food pantry at UL Lafayette, Campus Cupboard, would be the recipient for the giving. And did students give! Our office was able to collect over 800 items to give to the cupboard for food-insecure students to receive whenever they are able. Non-perishable items such as pasta, peanut butter, Mac & Cheese, and many more delicious food products were provided along with hygiene products. The items totalled approximately $3,600.00 in giving.

We wish to congratulate our Honors students who gave this year, and we wish everyone who is food-insecure at this time that they use the Campus Cupboard and know that it is now stocked thanks to the kindness of their peers. Geaux Cajuns! 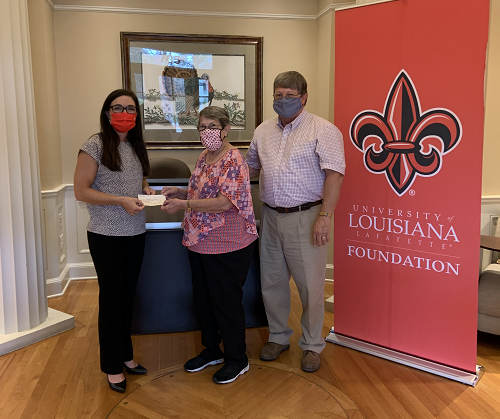 The University Honors Program would like to thank and laud the generous donation made by Mrs. Claire Robichaux for the newly endowed scholarship named the "LCpl. Aaron Robichaux Memorial Endowed Scholarship." This scholarship endowment of $25,000 ($26,658.22) will provide future Honors students with funds each academic year of $1,125.00. Our program staff and students gratefully applaud Mrs. Claire Robichaux, Mr. Albert “Al” Robichaux and family for their magnanimous donation and honor the service of their son, LCpl. Aaron Robichaux, through receipt of this gracious endowed scholarship award.

In Honor of their son we provide a biographical account of both his educational accomplishments and respected service in the United States Marine Corps:

Aaron D. Robichaux was born on September 19, 1964, in Lake Charles, LA.   He was the fifth child of Albert D. and Claire Robichaux.

After moving with his family over most of Louisiana, the family settled in Opelousas, LA.  Aaron graduated from Opelousas Catholic High School in 1982.  He was a member of the football team and voted “Friendliest Boy” by his senior class. Aaron loved everything outdoors.

Aaron attended LSU in Baton Rouge from 1982-1984.  In 1985, he then transferred to LSU in Eunice.  During the spring of 1986, Aaron enlisted in the United States Marine Corp and completed basic training at Marine Corp Recruit Depot, San Diego, CA.

In 1987, he received an associate degree in Arson Investigation and Fire Science.

Upon receiving his associate degree, he enrolled in the Eastern Kentucky University’s Fire and Safety Technology program.  In the summer of 1988, Aaron attended the first half of the United States Marine Corp’s Platoon Leader Class (PLC) course in Quantico, VA.

Tragically, Aaron died from the results of an automobile accident on January 29, 1989.  Aaron was in his last semester at Eastern Kentucky University and would have graduated in May of 1989.  He would have been commissioned as an 2nd Lieutenant in the Marine Corp in August of 1989.

The University Honors Program offers undergraduate students a series of opportunities for excellence and creativity in the form of exceptional courses, independent study, colloquia, research, and internships. Our students find their place among a large but intimate community of scholars in every discipline.

We support intellectual freedom, celebrate individuality, and hope each graduate will become a life-long learner. Our motto is “per sapientiam felicitas” which means “through knowledge, happiness. The University Honors Program would like to congratulate Dr. Terry Chambers on being a recipient of the UL Lafayette Ray P. Authement Excellence in Teaching Award. Dr. Chambers has collaborated many years with Honors in relation to our 13 year service of providing the Undergraduate Research Conference. He also led the start of LaCOUR (Louisiana Council of Undergraduate Research) here on campus which helped to provide hundreds of mini-grants for faculty and undergraduate research opportunities. Congratulations Dr. Chambers! We are very proud of your achievements.

If you would like to help us continue to increase the expansion of our 3rd floor, please do not hesitate to donate. To do so, express on the Foundation website for the funds to be donated to the "Judice Rickels Third Floor Remodel." Your donation makes all the difference.

Go Here to See Pictures from the 2016 Honors Soiree d'Excellence